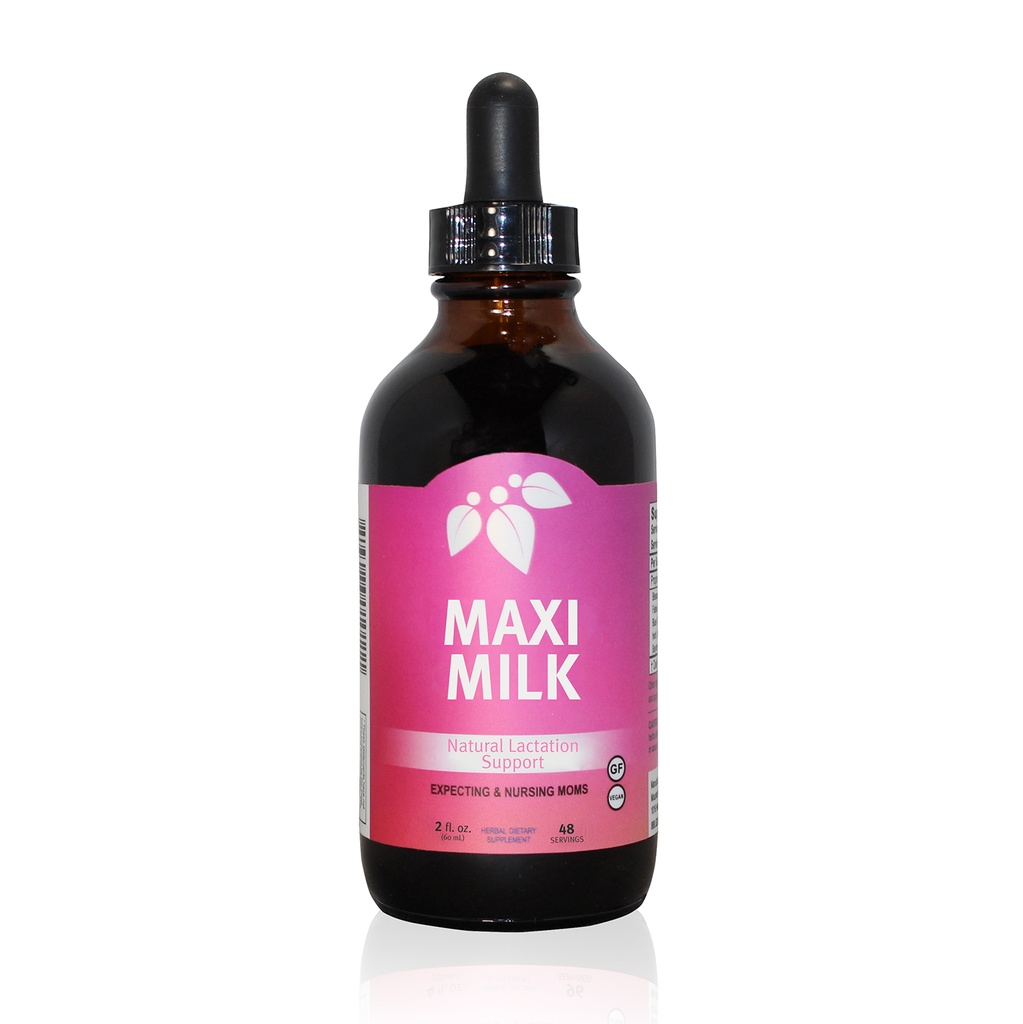 • Support the production of breast milk

Nearly all healthcare professionals agree that mom's milk is the best for babies. Maxi-Milk is a special blend of herbs that work to not only increase your milk supply, but also to make it richer and more satisfying for your baby.

Busy new moms love the convenience of simply adding ¼ to ½ teaspoon of Maxi-Milk to a glass of water 1 to 3 times daily. No more tea making! There are no known side effects to your baby when you use Maxi-Milk to encourage a more satisfying milk supply. In fact, babies tend to gain very well and be more content.

TIP: Taking with a calcium supplement, such as Herbal Calcium, may make the difference from success and failure in nursing. Take calcium with meals for best absorption.

NOTE: Begin use after delivery and not while expecting.